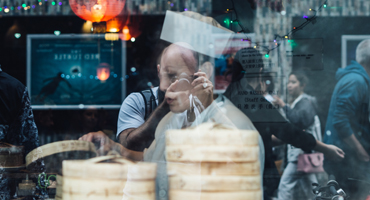 There is growing curiosity among people wanting to find out what artificial intelligence is and how it is going to affect our lives and whether the change is going to have a positive or negative impact on us. Will AI make our lives easier? Is it smarter than humans? Will robots steal jobs? I mean we are the ones creating AI and it will be better than us at everything? This is simply bizarre. There are obviously many positives, it may affect us in many different ways but most importantly the time has come to start working SMARTER instead of working HARDER. I am going to try and keep it as simple as possible.

Artificial intelligence, also known as machine learning is the scientific intelligence demonstrated by computers that focus on the invention of really smart and intelligent machines that are designed to work and react like humans. It refers to any device that has the ability to recognize and understand its environment and then accordingly take actions that have the highest probability of successfully achieving its goals. “Artificial Intelligence” is used to illustrate any machine that can perform cognitive functions like humans such as ‘learning’ and ‘problem-solving’. These machines are becoming increasingly capable of performing tasks with such efficiency and accuracy that is better than human beings.

At the moment, we are at such a juncture that there are two possibilities: Human race will prosper and advance like never before OR we will cause catastrophic destruction. We have the propensity of making devices smarter. From the classic telephone to the smartphone, watch to smartwatch, we have come a really long way. The purpose of AI is to make human life easier and better. There are good chances that all the automobile companies will make self-driving cars in near future, like Tesla. Flying drones used for security purposes till now may be used for home delivery of products. The voice controlled smart speakers like Google and Amazon Echo are gaining popularity among common people and are getting smarter by the day. It is estimated that by 2025, machines will be working more total hours than humans. However, what is really worrying are the capabilities of these machines. The algorithm of AI is such that it keeps on learning and keeps on getting better at tasks. Humans are in control of Earth because we are the smartest species on the planet. What if these machines and robots actually get smarter than humans? Are we going to be in control? Can we predict it won’t become destructive? The AI is programmed to do something devastating. The autonomous weapons which use artificial intelligence are designed to kill, irrespective of anything else. If these advanced weapons fall in the wrong hands, it can cause grave mass destruction. This is of great concern, isn’t it?

Artificial intelligence will create jobs but the machines will also replace many jobs. It is expected that in near future computers will be replacing most of the blue collar jobs as the efficiency and performance of machines is better than humans and also eliminates human errors and risk factor. This may destroy jobs in the unskilled labour. It is important for us to keep updating ourselves and increase our knowledge otherwise we may be left behind. The jobs which are related to creativity and require human interaction on emotional level may be safe. However professions such as flight attendant, mail carrier, accountant, fast-food cook and librarian are among some that may disappear soon due to technological advances. There is also a flip side to this. As the demand for these advanced machines increases with time, there will also be a need for professionals and experts who will be making these machines. There are estimates that Machine Learning will create 133 million new jobs and displace some 75 million jobs by 2022. There will be a net increase of 58 million new jobs in the coming years. This is the reason why it important to update our skills and abilities so that we are well equipped for those new jobs. The change is unavoidable and it is coming very soon, we have to adapt to it even if it is against our wishes. But instead of feeling nervous or anxious about it we must start working on ourselves and move forward with time. We are all in the same boat and as the famous saying goes, “The show must go on”.